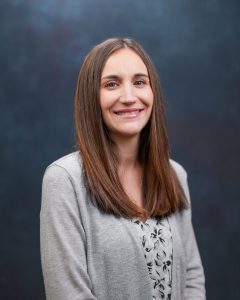 Undergraduate Education: Bachelor of Science in Biology with a minor in Psychology at University of Nevada, Reno | Reno, NV

Biography: Stephanie was born in northern California and moved to Spring Creek, NV in 1997. After graduating high school, she moved to Reno to complete her bachelor’s degree at the University of Nevada, Reno. She’s been practicing pharmacy since 2004, starting as a clerk, then a pharmacy technician, and eventually graduating pharmacy school in 2013. Since joining Community Health Alliance in 2018, she has discovered a passion for working with an underserved population.

Personal Interests:  Stephanie enjoys spending time with her family and being outdoors.

Find a location
Become a Patient

4-year-old had lots of cavities!

“My 4-year-old had lots of cavities and I went to different offices for different opinions. Many offices wanted a lot of money and to put her to sleep. Dr. Montoya worked with my daughter to help her feel safe and make her be still so she could do the work while she was awake. Nowhere else would even try. My daughter actually enjoys the dentist now, and all five of my daughters are all better brushers now from talking and learning from Dr. Montoya. She is a blessing.”

I am now receiving equal if not better care than ever.

A long time ago I had money & great health insurance. That was a long time ago! But I discovered Community Health Alliance who took me in on a sliding fee scale. I am now receiving equal if not better care than ever.
David

Thank you for being my doctor!

Your clinic helps so many people and moves them through very efficiently.  I never mind waiting because I know you are helping someone.  And, when you come in to see me you always give me your full attention, as if I am your only patient.  Your good will and positive intent always shine through. Thank you for being my doctor.

I feel like I just walked in and won the lottery.

I feel like I just walked in and won the lottery…I lost one tooth 2 years ago and I was heartbroken and said I never wanna lose a tooth again. I have been so scared that I would not be able to afford my teeth and now I know I can! I am so so so happy! Thank you thank you thank you from the bottom of my heart!